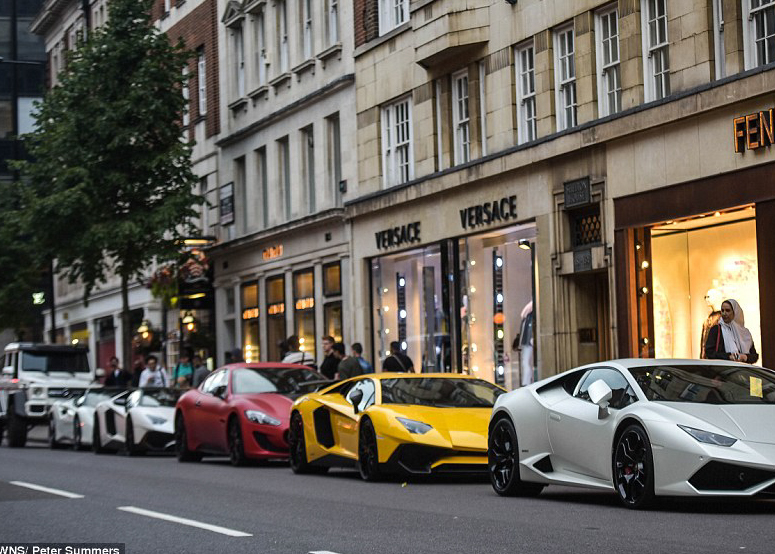 Habits become boring. Conventions are the inheriting, by stealth, of degraded traditions – the indiscriminate baggage of past generations. Salary jobs are the archetypes of conformist routine. Careers make fait accompli of a dangerous faith in impersonal networks of shared self-interest. It seems to work out for most, rewarding (on very limiting terms) the giving away of a person’s youth – and its wonderful indiscriminate energy – with better chance of security by the time prosaic middle age comes along. It’s an understandable choice but an anathema to me.

Wageslavery seems to be an enabler of inevitable conservatism, too. It makes life a parochial inspiral on a shrinking canvas, increasingly shackled by responsibility, anxiously guarding a home, a family and a trove of consumer trinkets. The package deal is presented as inevitable but it’s a honey trap that plays on certain instincts like security, ownership and comfortable routines that’re made compulsory by circumstances designed to twist sense of duty and conscience into perpetual conformity.

The corollary of all this, incidentally, seems to be a perversion of one’s natural conservatism, marking out one’s precious territory within society by protective rules and regulations, accepting (or desiring) these protections to ringfence the future. It’s a mentality easily persuaded of the need to make laws governing the freedoms people are allowed to enjoy; and this is just a few babysteps from allowing (or encouraging) the safe certainties of fascism.

I engendered a form of ‘escape’ by dint of highly motivated focus on early life financial freedom then very deliberately dropping out of the rat-race once a liberation threshold (income plus longevity) was crossed.

By the late 20s a preference for younger friends developed, as jobs and careers absorbed and came to define age peers and older people seemed broken and depressing.

Old fashioned prudence, when it comes to living one’s life, suggests choices most fit for purpose of stability in the present and preparing for oneself in the future, from raising a family to those sunset years old and infirm. This giving weight to far future days is an approach honed with age that becomes an unquestioned habit.

This prudence is not natural for me. Never has been. I think I’m motivated by something simpler; if divergent.

Rejecting the work-a-day security needs practical, pragmatic quid pro quo. There’s a bounce back from refusing the stability paradigm: one turns instead to humans still vital and hopeful with somewhere to go. This is an increasingly younger gene pool as years go by.

It wasn’t so clear-sighted and calculated back in the day, but with hindsight the trend stands out. In the 2000s the details of a changing social circle were organic and, all in all, the approach stands up to scrutiny. It made for a good life throughout the 30s.

I remember waking up the day I turned 40 and thinking how life to date had been 100% true to my weird axioms: live free, live happy, live without chains, live without boredom, live both without being a wageslave and without being an owner of wageslaves, follow the better path at every fork in the road and never be forced down the wrong way though it may be the path of least resistance.

It was, in my own mind, a perfect score in the game of life.

Let me make clear, at this point, when I say a perfect score and 100% true to life, I mean perfect for me, to me, against a scale that has what’s realistic, plausible and reasonable baked in. Life throws up a million things that affect you profoundly but are outside your control. Parents having died long before their time is a miserable fact and it’ll be a source of sadness for the rest of my life; but I can’t change it nor could I have stopped it from happening.

Things one can’t affect also can’t be a factor in the life score I’m using. My system is an equality of opportunity, individualised criteria, affirmative action scoring method. Everyone should have one but everyone’s will be different…

Something changed between 40 and 45 and it seems to be a change many people notice in their 30s and 40s. It may be the catalyst for the so-called midlife crisis though I reckon that phenomenon comes late 40s or 50s and has to do with last changes and time running out. Midlife crisis is a state of mind rebelling against mortality as old age first becomes visible as an approaching reality. The change I’m talking about comes earlier, maybe the point one’s connections change from younger to older, when metaphorically one must turn away from looking at the world through vigorous youthful eyes to instead face the rest of life looking at the world through eyes of pragmatic deterioration.

Whatever the change is called, it’s undeniable. The weights and measures of personality shift; and not always for the better. It’s driven by physical conditions but it’s not infirmity. There’s a strong sense of time running out but not running out on being alive – this isn’t about mortality per se – it’s a degrading of options that’re actually compelling, in this world of 7+ billion souls.

The ditzy diversity is fascinating, when it’s new, but novelty isn’t wholly satisfying. Eventually the novelty of a thing needs to give way to its actual substance. This must have enough depth and/or subtlety else the fascination fades; and with each fade in the specific, the general energy reserve needed to engage the next is slightly less.

The importance of options is not something given much thought ten or twenty years ago. What I mean here is on the one hand, there are flavours of splendid isolation (i.e. where other people don’t matter en masse, there being no imposed interaction) and on the other, the connections that evolve into roots made with particular entities, groups, structures and institutions of the anthropocultural world.

If one wants to be IN the world we define as society – and everyone has their own hierarchy of Venn diagrams making it up – one’s got to form the connections needed to get anywhere interesting. How easily, quickly, profoundly these connections are created and developed varies wildly and personality plus talent count for much. Associations (recommendations, guidance by an agreeable insider) and will to engage count for more.

Access and energy were always taken for granted and that either could become lost would have been dismissed years ago. This may have been a profound mistake.

The conventional world, which is almost all of it, changes over time in how it reacts to you and what is held open with an offer access. It’s popular to lament “I Don’t Feel This Age!” and often truly said but society doesn’t care about your individual story (because it doesn’t know it). You are what you look like and, most pointedly, this is defined by age.

Eventually the world changes in how it perceives you – how strangers in their plethora of bit part roles react to you at first (and often throughout) an individual interaction. The strength of convention increases over the years, smoothing the edges of the conventional – insofar as their public persona relates to the world. After a few decades the conventions get so defining they can’t be redefined by an individual except with great effor. The end result is doors, most you never even thought existed, close to you as you get older.

I’m, like you, participating in this life of finite time. There comes a reckoning eventually. The revelation of options narrowing – including ones you might desire to pursue – is profound. It changes things, overspilling consequences into all aspects of.daily life. It alters the perceived rules. Crossroads change overnight into forks in the road.

New relationships tend to be mercenary before anything else, self interest the requisite energy to drive out the hand of friendship.

The now much younger vitality is too basic, too cul-de-sac, too far back along the line to give years to hauling out of the mire.

Just as important, any younger friends are now the age I was when we went through the unusual quid pro quo, when I benefited from the hopeful energy.

I’m antsy because of the sense of closing time and opportunity.

Those friends are mid-30s, going through their own rootless need for an injection of energy on the threshold of middle age, left unimpressed by the mainstream – as I was, no doubt.

In my mid-forties I’m at best in the same boat; and this makes me little help. I’m over sensitive to devoting time to anything that doesn’t feel like a solution. I might be able to come up with a route to that solution, which could helps all, but there’s no guarantee of that WHATSOEVER. Thus, a doldrums that’s hard to solve. It’s not horrible but it isn’t wise and it’s extremely boring a lot of the time.

Most people are passive thinkers, naturally cleaving to orthodoxy as the path of least resistance; therefore safety. But orthodoxy is often false and always anti-individual. Ubercynic isn't tribal. Ubercynics aspire to be always honest (though often in the wrong). Ubercynicism can alienate, but at least it's sincere and never hypocritical. View all posts by ubercynic