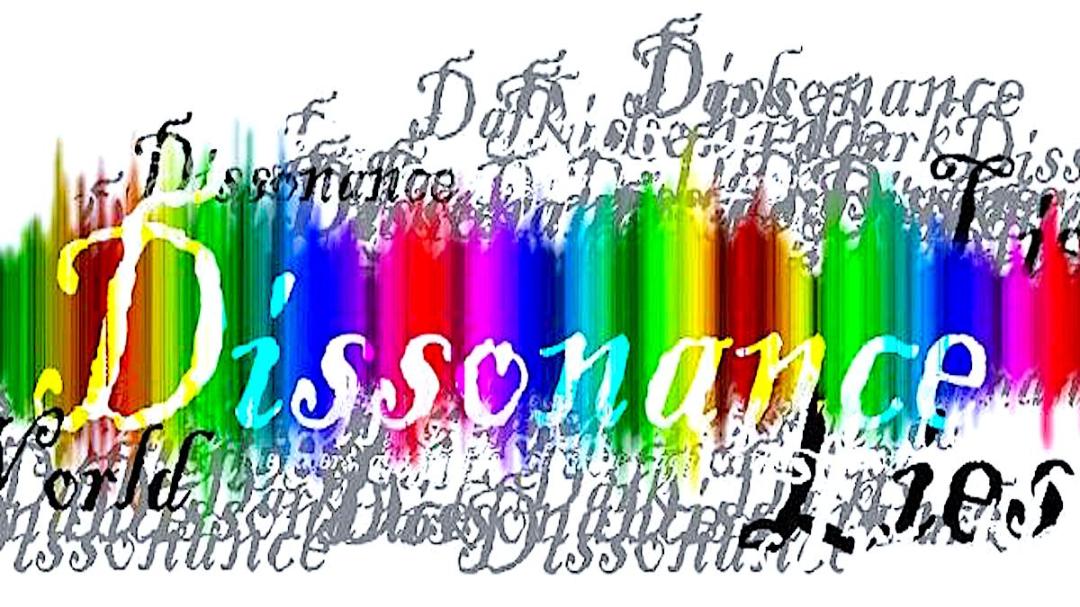 1b: The brain’s natural non-stress state, however, is COGNITIVE CONSONANCE. This is where belief is evidentially and consistently in alignment with reality and there are no contradictions.

2b: The less easily observed but nonetheless essential enabler of COGNITIVE DISSONANCE is known as COGNITIVE ASSONANCE.

3: ASSONANCE recasts DISSONANCE with most of its stresses removed, to steer belief and reality into RESONANCE that’s experienced as CONSONANCE.

We think of cognitive dissonance as holding two contradictory opinions in mind – believing both to be true – without ever having to choose one or throw one away because it’s contradictory, and that it requires an any-means-possible mental gymnastics to evade these contradictions; the bigger the contradiction, the greater the gymnastics needed.

But that may not always be true, especially when a lot of people are invested in the continuity of a contradiction in the face of efforts to expose it.

Religious faith and common denominator party political allegiance are two significant cognitive dissonances and, despite the former being a fantasy and the latter a submission of one’s individual moral character, both hold their own in the modern world.

How do these cognitive dissonances stay in tact, despite evidence (or absence of) or a personal hypocrisy at odds with the individual’s private moral code?

What if, rather than dissonance, it’s actually a cognitive assonance i.e. contradiction is maintained by as little dissonance as possible and this minor dissonance is honed by compatible better ideas so ends up being a cognitive assonance shared by a group who’re all, for instance, holding a bunch of bullshit opinions e.g. conservative + anti-abortion + hate-gays – gunrights-racism – anti-immigration – anti-minimumwage – anti-healthcare-for-all.

Most people are passive thinkers, naturally cleaving to orthodoxy as the path of least resistance; therefore safety. But orthodoxy is often false and always anti-individual. Ubercynic isn't tribal. Ubercynics aspire to be always honest (though often in the wrong). Ubercynicism can alienate, but at least it's sincere and never hypocritical. View all posts by ubercynic