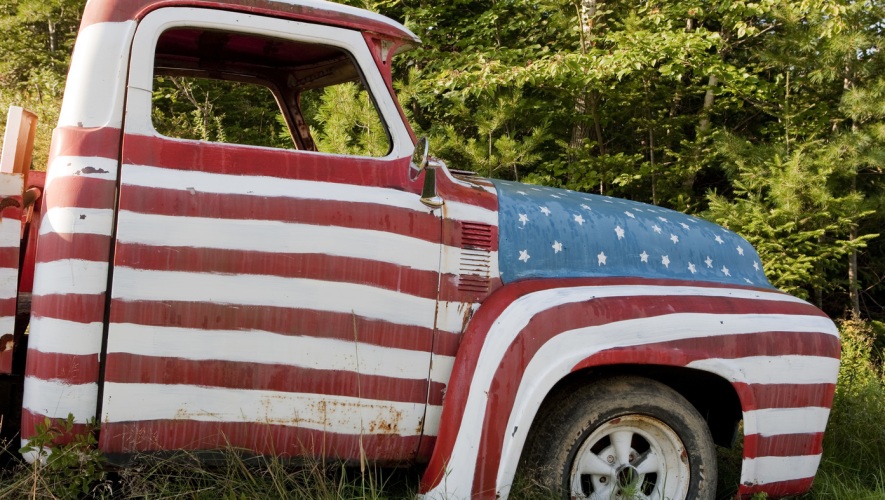 The media have used a variety of epithets to describe white working-class Trump supporters. Linguist Geoff Nunberg says these terms embody the class contention that is central to this year’s election.

Reagan and Thatcher and centrists in Europe used their largely uninterrupted time in power during the 1980s to shift the world economy into the hands of the financial sector – speculation, futures, options, leveraging, banking liquidity chains – and the expenses of social democracy (welfare state etc) were brought under the aegis of “value for money” public spending.

Regulations that had built up over the decades following the Second World War were gradually dismantled – disconnected from government’s direct authority and placed into “independent” regulatory bodies. This deregulation liberated the full spectrum of corporate profiteering. It consolidated lobbying – including purchasing political influence – and quickly corrupted what remained of the independent power of regulatory bodies. Banks were central to the flow of money and, unregulated, reaped enormous profits from an increasingly fragile model reliant on perpetual growth.

The bubble burst in the Financial Crisis of 2008. This was a global moment of vulnerability for big capital and entrenched political power. It could have resolved in an accountable financial system, had governments been less under the thumb of corporate and banking power. What emerged from 2009 was the opposite of accountable…

Banks and financial institutions received a huge bailout from the big global economies. Governments fell into line, taking on the debt of the bailout while hailing the handover of trillions of dollars as a successful averting of disaster. This sudden explosion of national debt forced the social democracies of the world to decide who paid? Capital (the financial system) or Labour (working class plebs and middle class professionals)?

Contrast the Summers-Gleichner plan adopted by American President Obama with the reaction (and action) of the Icelandic government. You may have trouble finding information on Summer-Gleichner via an internet search. Good luck there. Bailout, quantitative easing and making the public pay – these were solutions to the Financial Crisis chosen by the G7 governments.

Moral failure. Integrity broken. Trust lost. Austerity a joke, paying back the banks AND their profits from the pockets of the workers. Yet the workers paid and, despite loss of faith in politics, continued to vote for their own continued exploitation. If anything their suspicions veered towards politicians offering respite.

Realisation that the mass of the electorate were not only happy to allow the bankers behind the financial crisis to escape justice but also had no major backlash against governments handing a chunk of taxpayer money directly to the financial sector.

Small wonder this led to carpetbaggers, extremists and scavengers gathering around a big capital-political cabal: Tories in the UK, UKIP-Corbyn in the UK, Trump in the US, GOP nest-feathering, Brexit, establishment Democratic Party orthodoxy (including Clinton-centrist corruption) and a plethora of right wing parties in all the consensus governments of mainland Europe.

An electorate without faith, exploited, poorer each year and yet too stupid and stuffed full of propaganda, turns to the loudest speaker with the simplest explanation and the most confident, familiarly authoritarian delivery. Fantastical slogans attributing blame and informing ways to think became widespread. Superficially this led to a polarisation of the voter public: vote Trump or go SJW corporate Democrat; blame immigrants and choose UKIP, Tory extremists or hail Corbyn as if he’s a messiah; Brexit, Austerity, Trump, Bolsonaro in Brazil, etc etc.

More significant than any of the frontline pantomime of celebrity politicians, however, is the economic narrative playing out with seemingly irresistible force. The wealthiest, the biggest corporations, the 1% and the entrenched powers have emerged from the bail out after the Financial Crisis with vast confidence and energy. Austerity makes the workers pay the bill for the banker bailout. Tax breaks for corporations ensure wealth continues to travel upwards.

Government increasingly in thrall to Big Capital – and well rewarded for its service – has shifted its role. It is now about maintaining itself in power (winning hearts and minds, propaganda and control of the message) while pushing the business of inverse taxation.

This is a step beyond cutting public services. It is a more brazen military industrial complex. It involves the government using the great sums of money collected by taxation, via direct and indirect investment, to transfer as much as possible to private wealth and informal corporate confederations. In short: take money from the wageslaves, give the money to the rich and powerful, while making sure the electorate continues to vote for this to continue. It’s not evil. It’s not simple corruption. It’s what people continue to vote for; for now.